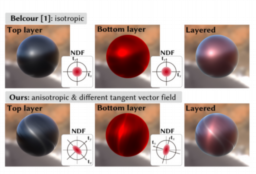 Living with Vulkan and DirectX 12

Denoising as a Building Block